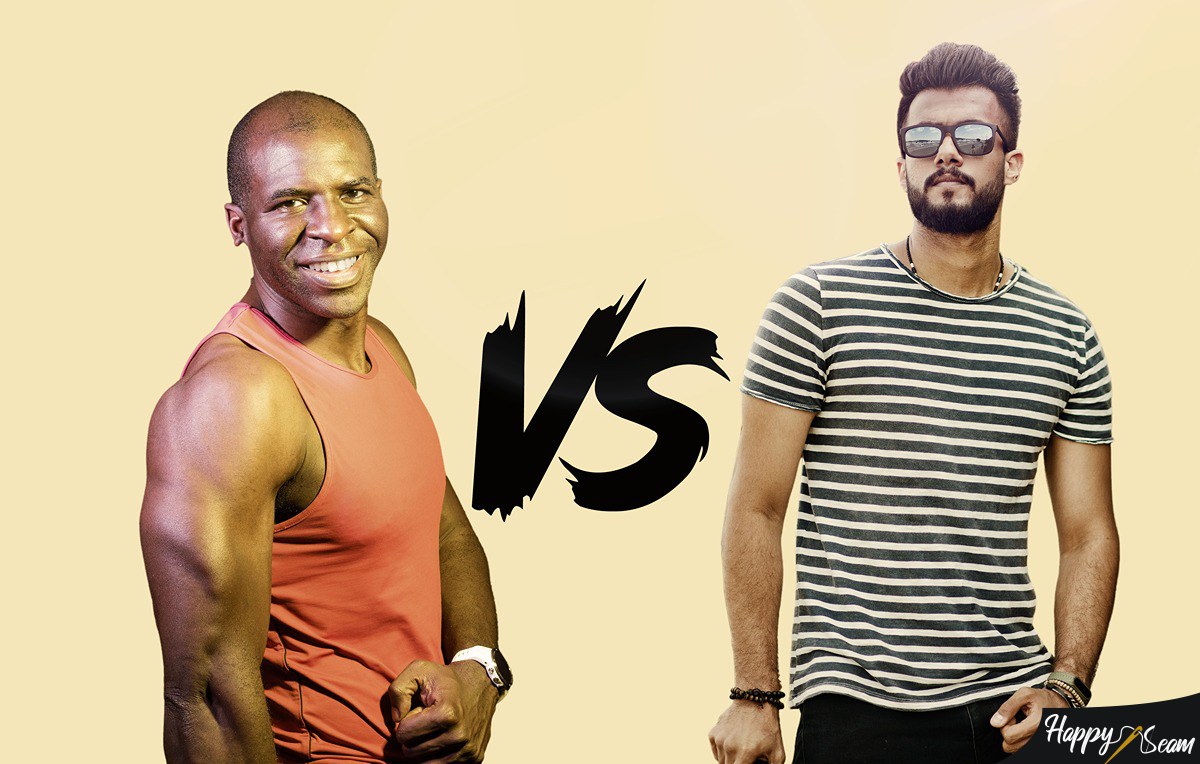 Interestingly enough, shirts have some confusing names that many people hear about but never understand the meaning of. The reason why you are here in this article!

If you have ever seen a-shirts and tank tops, you probably haven’t found any difference at first sight, but if you check out more, you will notice them easily. Anyways, I would like to divide some specifications and tell you the differences all based on them.

The first and main difference that everybody should know about a-shirts and tank tops is that a-shirts are mostly underwear shirts; meanwhile, tank tops are normal types of shirts, meaning not underwear.

Both of these shirts are sleeveless, and that is a definite fact. However, the a-shirts own a bigger armhole, and the piece of the neck hole is very wide. Also, they don’t have a collar on top like a crew neck t shirts.

When moving on to tank tops, you will notice them being a little bit tighter as they get attached to your body and stay in there more securely. However, you may notice tank tops that are not tight, but you will be able to notice them for their significant low-cut neckline. As for the armholes, top tanks come in a variety of them.

The main fabric used in a t shirt, in general, is cotton, and these two types of shirts have a cotton combination within them.

A-shirts are always made of cotton and come in soil colors without any combination; for example, they come in black, white, or any other color. Meanwhile, you will also find tank tops made of cotton and polyester. When it comes to colors, the tank tops are combined with lots of colors and have many designs included.

Verdict: As you can notice, these two types of muscle shirt don’t have too many differences but instead there are a lot of similarities. Both of them are preferable garments that many people wear and besides that, these two types of shirts are mostly worn because of the comfort they provide people with.

The Hidden Name Under A-Shirts and Tank Tops

As you search through the world wide web about tank top or say muscle shirt and a-shirt, you will find an interesting fact about these two types of shirts!

I feel bad as I am writing this information, but a-shirts and tank tops are known weirdly somehow, and that’s because they have another name that many people are familiar with, and that name is wifebeater. Why is that so? Well, there are related some history!

In 1947 in Detroit, a terrible crime happened as a man from Detroit beat hh wife to death. Regarding the police and media at that time, this man was wearing a sleeveless shirt which indicates a-shirts and tank tops, and from then, these sleeveless shirts were called wifebeaters.

Can I wear a-shirts in public?

Even though many years ago a-shirts were known only as “under the shirts shirt” or simply muscle shirt, you can freely wear them whenever you want just like you would wear your t shirt; yes even without a dress shirt. Now, what I would like to mention here is that they are not very classy to be worn at work or at a restaurant, but you could wear them easily to go to Starbucks. Still, I would advise using dress shirts to appear less vulgar.

Are tank tops worn as underwear?

Not really! Even though a-shirts are worn contrary to what they are made for, I don’t think a tank top would be the best choice to be worn as underwear. Yes, even women’s tank tops are worn more for exercise purposes instead of underwear.

Can I find tank tops or a-shirts made of other materials?

A-shirts are always found made of cotton, but when it comes to tank tops you can easily find them made from different fabrics. There are some interesting ad pretty tank tops made of silk which women love.

What can I say more? Here we are at the end of today’s article in which I tried to specifically mention for you some differences and similarities between these two types of shirts!

As you can clearly notice, a-shirts and tank tops are not very different from one another they are both considered muscle shirt, plus sometimes they are also known as the same thing. Anyways, there were some slight differences that I had to mention so that they won’t confuse you anymore.

I really hope that this article has covered everything that you needed to know regarding the battle between a-shirts and top tanks!

As we came to this part, I would like to mention to you some other articles that you may like to read! You know that I never go easily without adding anything else!

If you care mostly about the washing procedures of different fabrics and different clothes, I would like to tell you what is meant by washing separately. Also, you can check out whether you can wash fabric glue. If you are done with the washing part, find out what is the meaning of dry flat and if you can bleach nylon fabric!

Another topic regarding fabrics is the ironing part, and since in this article I mostly mentioned cotton, you can read if cotton can be ironed. In case you are a tailor that has just started working, find out which sewing machine accessories you need!

Check them out and always stay tuned for more!

Bernette B38 Review: Feature-Rich Yet Affordable