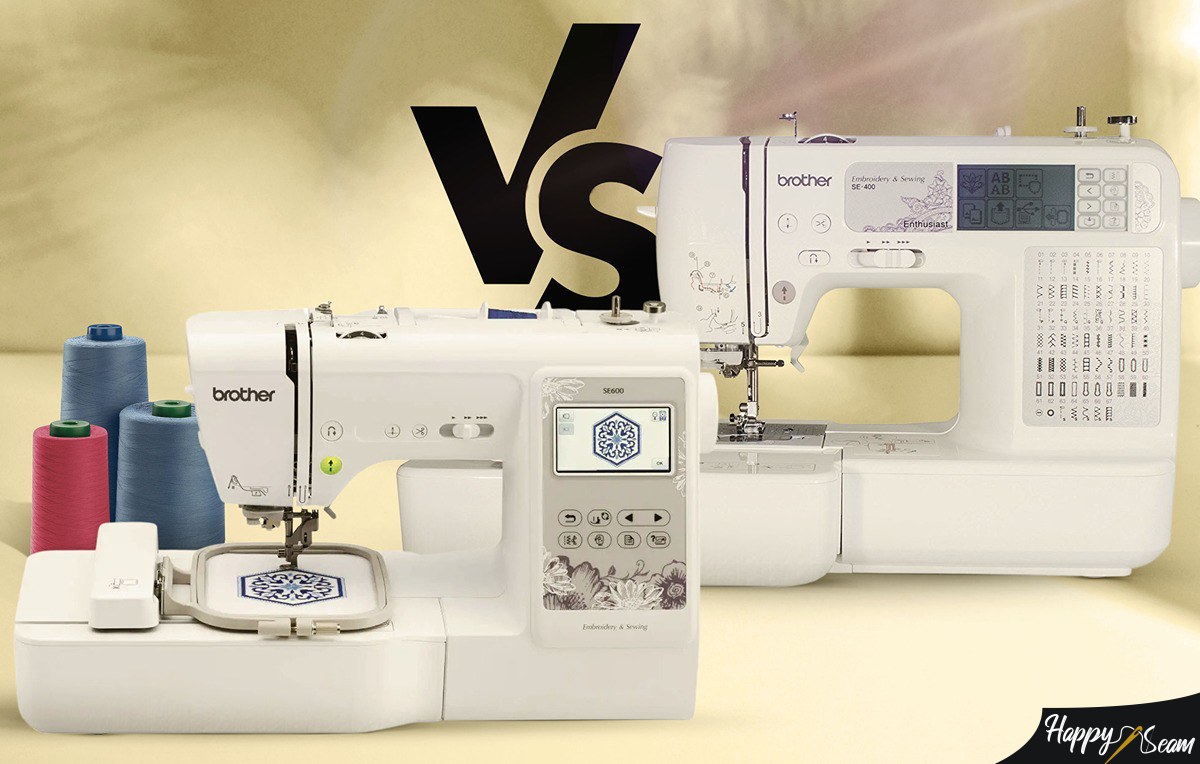 Sometimes it is difficult to choose between two models of sewing machines that have been manufactured by the same company. Sewing machines on the market tend to offer various features and thus stand out.

Brother se400 and se600 sewing machines have their differences which may help you decide which one suits your needs and preferences in the most beneficial way. So, in this article today, we’re going to make a comparison of Brother SE400 vs SE600. Let’s get into it. 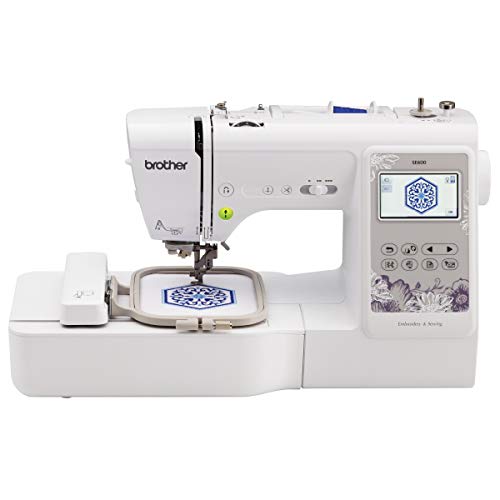 Apart from having more stitches, The Brother se600 is heavier in weight and larger in size. It is also a newer model in contrast to The Brother se400 which draws people towards buying it, with the belief that newly released models are more effective than the previous ones.

Because of the fact that the Brother se600 contains more advanced features and characteristics, it also has more memory for storage of designs, fonts for engraving as well as an LCD screen.

People often opt for a sewing machine that will provide the most versatility while they are completing their projects as well as see which machine will improve their sewing skills and techniques the most.

Also read a comparison of brother SE600 vs Brother SE625.

The capability of storing multiple embellishing designs for both of these models of sewing machines is remarkable. However, the Brother se600 has a slight advantage in this aspect of having more memory for storage of designs for embellishing and sewing.

This newly incorporated characteristic allows the elevation of sewing style and the development of new techniques in sewing because of the possibility of experimentation with different designs.

In addition to that, The Brother se600 also offers the possibility of the inclusion of even more designs if it is needed or desired with the use of a USB that is very easy to get the hang of and does not require a cable in order to be linked to a computer.

In comparison, the Brother se400 comes with a USB that can be linked to a computer only by the use of a cable. The Brother se600 is known to be a more favorable sewing machine that has the ability to contain and store more designs for use when it is compared to the Brother se400.

The sewing machine models se400 and se600 manufactured by the Brother Company are well known for their high speed when it comes to sewing and embellishing while at the same time being affordable for everyone’s budget.

Both of these sewing machine models are usually able to perform various different functions and also provide the consumer with the ability to control how fast or how slow you want the sewing process to progress.

Brother se400 and se600 are also known for their durability because they are strong enough to handle the sewing of different types of fabrics, regardless of whether them being delicate or thick. They also come together with instructions and guidelines which are very easy to follow.

These two sewing machines are known for their great performance. However, one of them has a slight edge over the other. The Brother se600 contains a contemporary LCD screen on which you are able to see the next project in color that you want to work on.

This performance-based feature helps the consumer extensively in the process of sewing and the advanced technology increases its performance.

This can also help you get more motivated to work on various different projects and always get more inspired from the project you can see on the screen.

Also, read a comparison of singer and brother machines.

Which One Packs More Features

When it comes to people making a choice regarding which one of these two sewing machine models to buy, they usually consider the factor connected to which one of them offers a wider variety of features.

The Brother se600 has more stitches incorporated into it when it is compared to the Brother se400. In addition, the Brother se600 also has more fonts for engraving, offering the possibility of creating customized projects and presenting a more modern approach to sewing.

Newly released sewing machines usually contain upgraded features when they are contrasted to the earlier models, which further supports the advancement of technology and the incorporation of new things.

These new features ultimately aid in the enhancement of creativity among people who are interested in sewing. The modern features of the Brother se600 encourage people to continue pursuing their passion for sewing because the sewing machine industry is constantly changing and new features are invented and included very frequently.

All in all, the Brother se400 and the Brother se600 are sewing machines that work wonderfully whether you are a beginner or an experienced professional in sewing. However, modernized models need to be supported because the world has to move forward and create new perspectives regarding the art of sewing.

This is why the Brother se600 is slightly better when compared to the Brother se400, offering more choices for designs, using advanced technology, having more stitches built into it as well as providing a variety of different features.

Can You Iron a Suit? (Don’t Skip This One)

What Is Batik Fabric: Full Overview