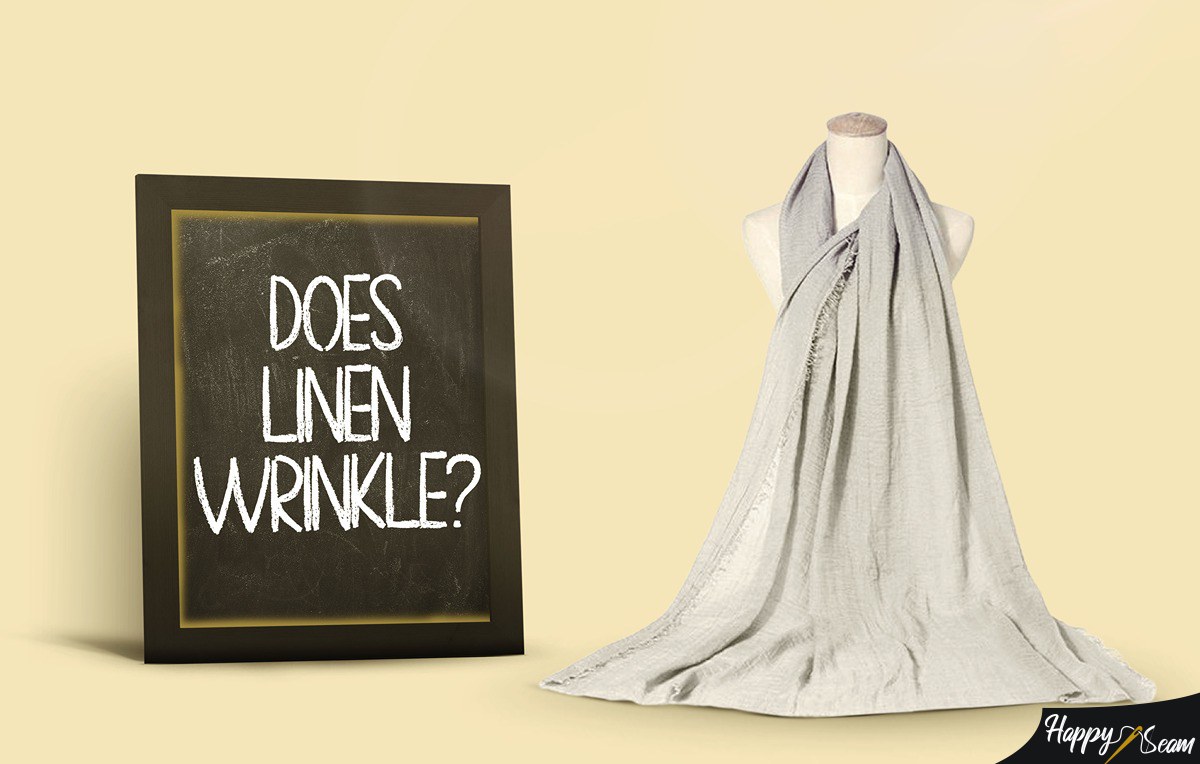 Today we are discussing this very popular fabric that your favorite curtains are probably made of. Correct, we are talking about linen fabric. This fabric has its treatment, styling, and usage. So, today’s topic will contain answers on what linen is, how it is used, and also fun facts about it you probably didn’t know.

Eventually, it seems that the phrase “the less I know the better, isn’t supported enough by us, so stay tuned to know more.

You probably heard about the Flax plant (linseed) which is a flowering seed. Known by the term Linium usitatissimum belongs to the Linaceae family. The fabrics that are made from the fibers of this plant are known as Linen. In 2020 linen reached its top on the global marketplace. The linseed production weighed about 3.4 million tonnes and its manufacturers were mainly Russia, China, and Canada. On the top is Kazakhstan owning 31% of the production. In short, production-wise, two weeks after the seeds form flax, linen is ready to be harvested for fiber production.

What is the Usage of Linen?

Linen’s most popular usage is in homeware even though fashion industries still proceed to use linen. There are some similarities between cotton and linen but the thing is linen is made from the fibers around the stems of this plant while cotton has bolls that it’s around its seeds. Linen fabric is a must-have in humid and hot weather. Linen is perfect for hot climates because of its ability to reduce heat temperature in steamy or very hot temperatures. Also, linen has a quick time of drying while not making you as sweaty as cotton. This fabric is very popular in many parts of Africa, Arabian countries, and Latino America (south America ) part due to their exposure to the sun.

Even though it is a lightweight and breathable fabric linen is a wrinkly material. No matter how much you take care of it, linen will surely wrinkle. Keeping your legs crossed, arms crossed, walking, running, standing still, linen will wrinkle no matter what and where, especially if you are wearing it while doing your everyday activities. Some people even think that linen wrinkles are actually the beauty of the material since it is okay to look worn off – describing the hard work some people are going through. But no matter how wrinkly linen will get while you’re wearing it, that doesn’t mean you shouldn’t iron it before wearing it. Linen has a specific fabric texture which can make it look very stiff if no actions are taken over it.

How do I prevent linen wrinkling?

You cannot surely prevent it from never happening again, but you can slow down the wrinkling process or neutralize the wrinkles before you’re wearing it. Even after you take precautions against wrinkling it will wrink again for sure, but taking action so your clothes don’t look like they have been worn for 2 weeks straight might sound like a better idea. Ironing brings the best results once you set the high temperature on your iron so you get sharp creasing. The second is steaming. If your linen clothes are good quality a little steam will go a long way in smoothing up the fabric.  The third is starching which is the worst thing you could do on your linen clothes. It is better to look a little more worn off than stiffed or mummified in your shirt.

Linen is usually a little bit expensive type of fabric produced in generally small amounts compared to other textiles. Because linen is a natural material it has a long staple that can be similar to cotton. This textile in the industries is used to make bags, different kinds of towels, bed linens, napkins, tablecloths, curtains, chair covers, and clothes in general. The price of linen is very dependent on the difficulty to work with the fiber thread and the plant itself which requires lots of attention. Linen is even harder to manufacture than cotton and that’s why it is slightly more expensive.

Linens in the plural, why?

Linens is a term that represents a collection of classes of woven or knitted flax-based materials together.  Stuff like tablecloths or napkins which are made from mixed natural fibers are called linens, meanwhile, linen itself has its own procedure and process of production that can’t be done if mixed with other fibers. Most of the time linens refer to undergarments of clothing like lingerie, chemises, and under-shirts. This type of clothes has been traditionally made out of linen back in the 1900s.

Linen is a very eco-friendly fabric. It is the most sustainable textile to this day and there are many reasons supporting that fact. Firstly linen is made from natural fibers from flax plants. Linen also lowers the carbon footprint making it very sustainable. The flax seeds of linen need very less water than cotton seeds. Flax can be also grown without the need to spray pesticides or fertilizers on it. Linen can be produced locally which means it doesn’t need a big farm opening to function, and by that, it increases the employment rate and economic level. It is biodegradable and recyclable meaning no waste is made in the environment.

If you enjoy summer holidays, sun tanning, and hot weather activities consider bringing a few linen clothes with you because you will need them. The money you spent on linen mustn’t be a waste to you since this is a natural textile made in a delicate process, so you’re buying the quality too. Also, don’t forget to iron your clothes before you leave your home. Don’t try starching, trust me it won’t look good. You don’t want to look all stiffed down.

There is some further reading you can do. For example, there is a blog on how to shrink bathing suits.

Another one would be the differences between Tulle and Chiffon. There’s also one that explains what does line dry means and if you wonder if you can shrink nylon, you can find out that also.