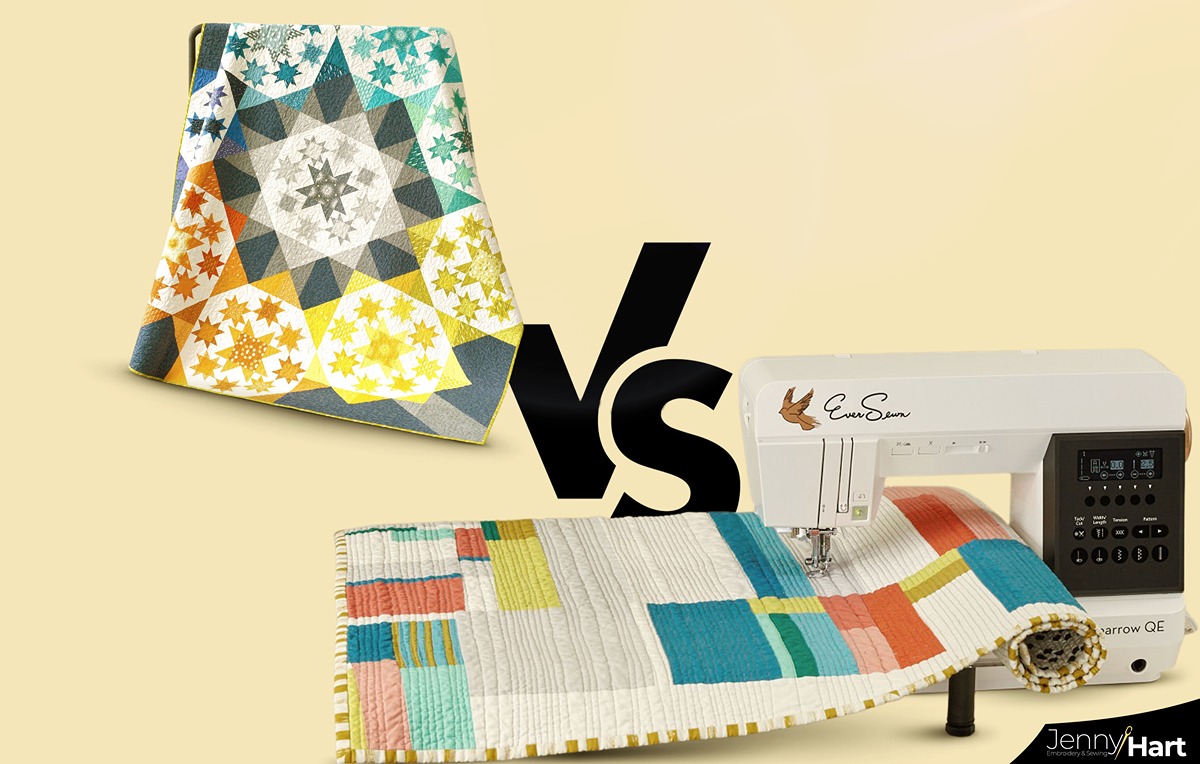 Every once in a while, you encounter two words that confuse your head; you immediately go to the internet to find the meaning and the definition. Those two words that may confuse you now are quilting and sewing!

As they are something I do, I couldn’t help but write a whole article with the main topic, Quilting vs. Sewing! Let me tell you the differences between them!

Quilting Vs. Sewing – What’s The Difference?

Quilting and sewing being two completely different names aren’t the same; sure enough, they have their differences! First, I would like to tell you their exact definition, and then you can easily notice how I will do the division regarding other differences.

Quilting means putting together or stitching more than one layer or more than one fabric below one another in order to create something new. Quilting projects are mostly used in making blankets as they have more pieces put together. Most of the time, quilting is made with three layers of fabric named on how they are put. There is the quilt top, insulation, and backing material. Basically, it refers to the top layer of fabric, the middle piece, and the one that is put on the back.

A good example of quilting would be mentioning blankets!

When it comes to sewing, it refers to one piece of fabric with which you can make clothes or any other thing that requires stitching only on the edges. Basically, sewing is everything you use stitches and needles for, but you have just one fabric in your hands.

The best example that refers to sewing is clothes!

Quilting Vs. Sewing – Where Do They Differ? 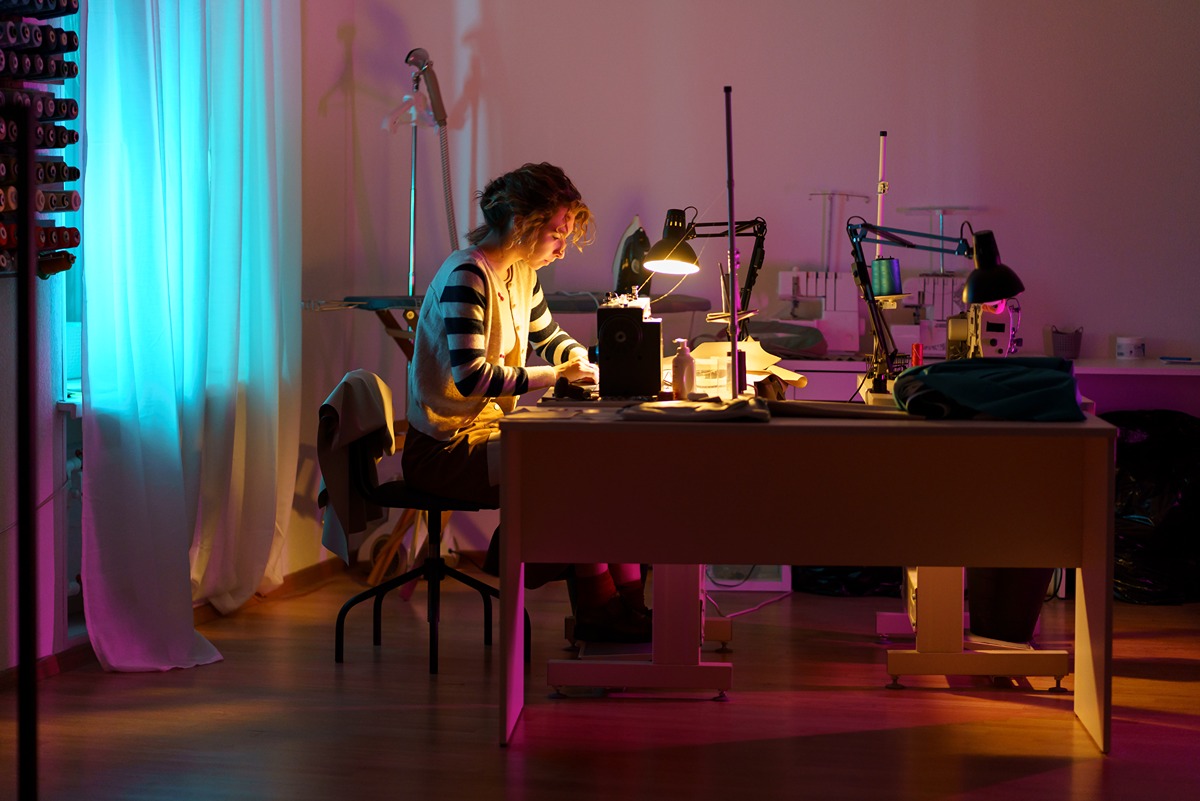 Until now, quilting and sewing are similar and different at the same time, and as I mentioned above their main definitions, there are a few things regarding their features like free motion quilting.

I would like to get into more details about quilting and sewing so that you can understand them even better! Here go the key differences!

There are always three layers in a quilting process. As I somehow mentioned the top fabric is the first layer, batting is the second layer of insulation, and the material for the back is the third layer. Contrarily, sewing is the process of putting together two pieces of fabric with the use of a needle and thread.

Insulation was the middle piece in quilting, and it refers to the fact that it provides you with warmth. In sewing, you won’t have warmth of any kind because there is nothing inside.

In order to make or create something in both quilting and sewing, you have to do something before. There are some steps that are mentioned by many professionals, but I would like to mention what I do.

In quilting, the steps include cutting, piecing, designing, applying, and binding. Meanwhile, in sewing, we have more steps just like cutting, marking, weaving, adjusting, and many others. 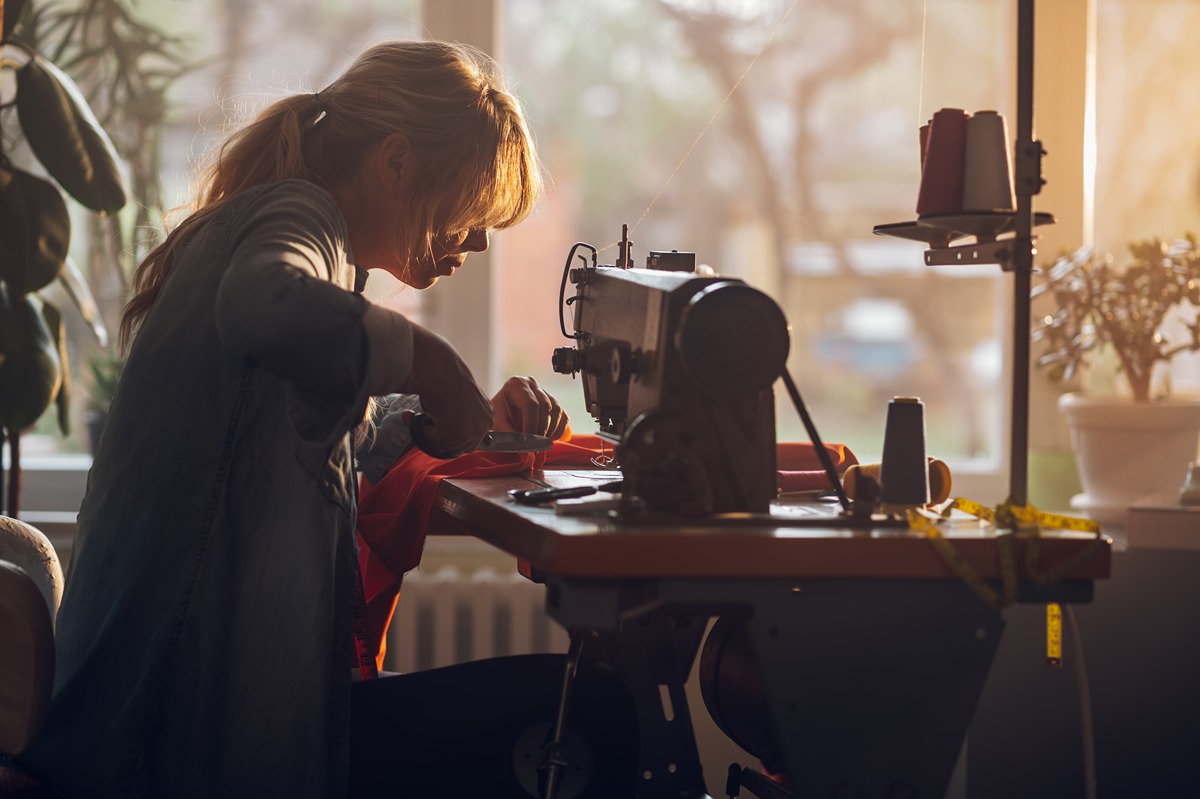 Before the machines were a thing, needles and threads helped people quilt or sew, in general. But, right now, a sewing machine is undoubtedly the main device needed in both activities! You will always need a machine to make quilting or sewing.

First thing, a quilting machine that is made specifically is way bigger than regular machines that we are used to seeing. There are bigger spaces in which you can work, and that’s because quilting is made on bigger layers of fabric. A quilting machine or machine quilting will stitch all based on the technique you need to do, and they work with bigger and stronger needles, as they need to work on three layers.

Both quilting and sewing have their uses, thus neither is inherently superior. However, if you like a straightforward procedure with considerable flexibility, sewing is preferable.

Let’s see what you can read further. I bet that you have asked yourself if silk is ironable, and now you can finally find out by reading the article.

Next up, if you want to know more about the best sewing machines for kids, you can check the article and find out what sewing machine is the most suitable one for your kid.

And last but not least, check this article to find out if acrylic shrinks.